British use violence to impose colonialism on coastal Indigenous 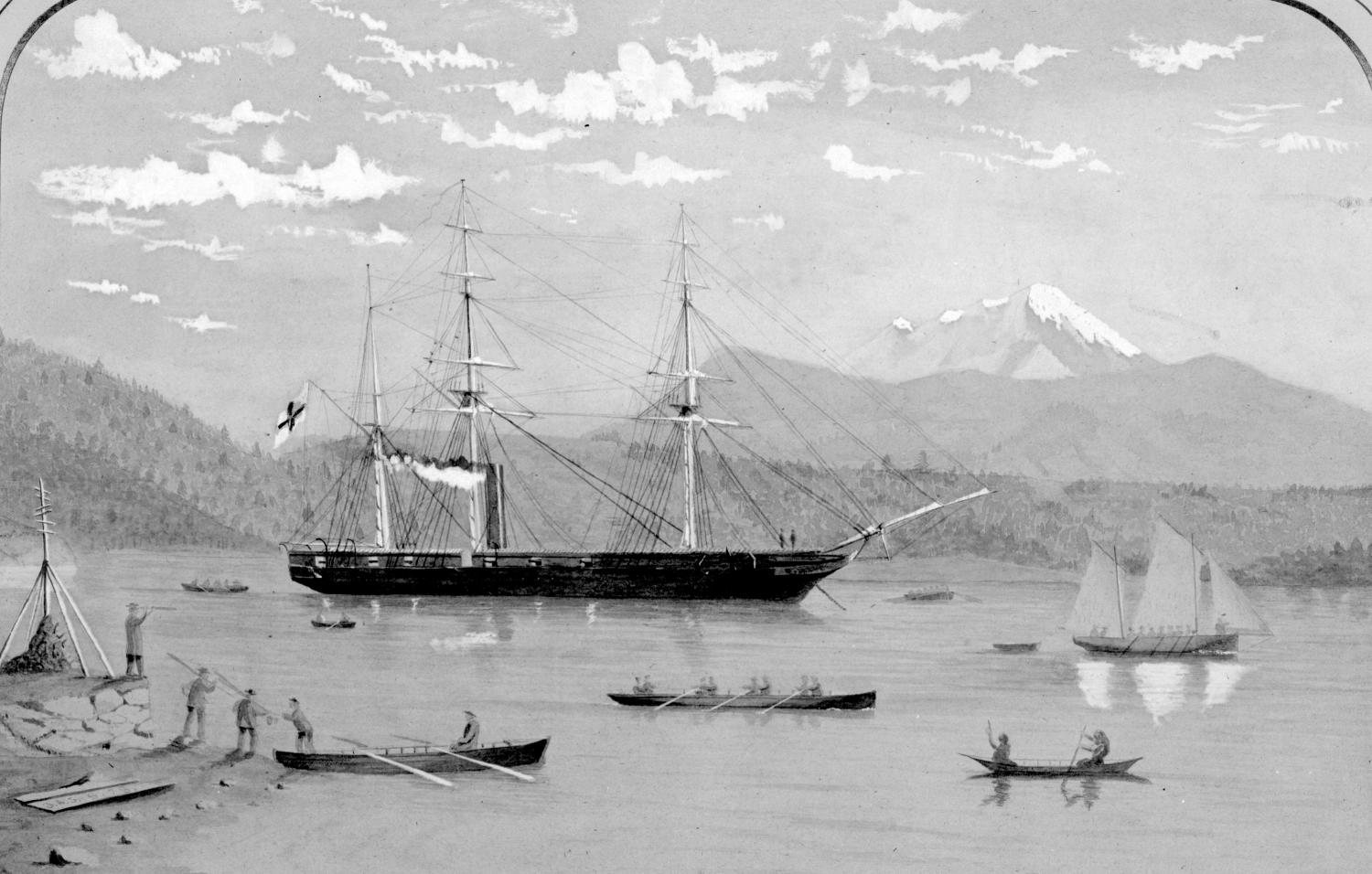 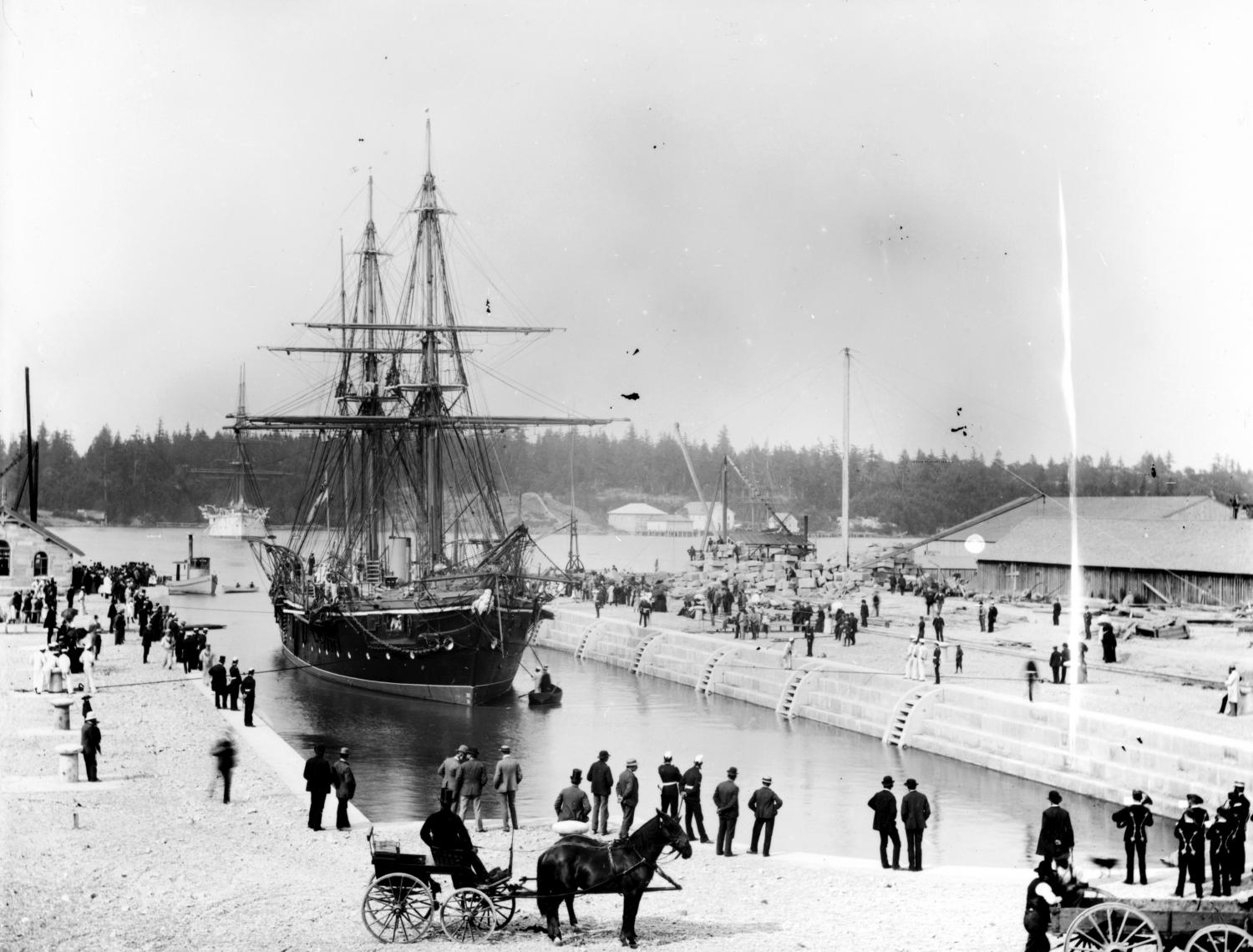 The HMS Cormorant at a new dry dock in Esquimalt in 1887.

The HMS Cormorant at a new dry dock in Esquimalt in 1887.

“Peace for the purpose of profit.”

That’s how historian Barry M. Gough describes Britain’s 19th-century policy towards the Indigenous population in colonial British Columbia. And it’s a somewhat fitting description for the era of ‘Pax Britannica,’ a time of relative calm in the 1800s as the global hegemon quickly expanded its power across the world. But Britain’s apparent preference for diplomacy over brute force only went so far. If “Indians” attacked or killed Europeans, engaged in theft, or otherwise interfered in the Hudson Bay Company’s (HBC) operations, officials weren’t shy to resort to violence. Often, it was a lesson to warn other First Nations to stay in line.

“It has been the uniform policy of the Hudson's Bay Company never to suffer the blood of a white man to be shed by a savage with impunity,” wrote HBC Governor John Henry Pelly in 1852. That had been the case since HBC fur traders first arrived in the Pacific Northwest in the 1820s. In 1828, HBC employees fired upon two Klallam lodges, likely located on the Olympic Peninsula in present-day Washington state, killing at least two sleeping families in order to salvage “the honour of whites.” They later returned to loot and burn the Klallam village — its residents watching from the cover of the forest.

By the mid-1800s, the HBC’s power was diminishing as formal colonialism came into place. But these bombardments against Indigenous communities continued, if not increased. The British Royal Navy led the charge. In 1850, a few Kwakwakaʼwakw men killed three white sailors. Village leaders in Nahwitti, a major trading hub at the north end of Vancouver Island, had offered to pay for the lives of the deceased with fur, per their custom. Unsatisfied, Vancouver Island Governor Richard Blanshard sent a British gunboat: “The white man’s blood never dries.” The community fled the village, and the navy burned it down.

James Douglas, who served as colonial governor of both Vancouver Island and the mainland for years, is remembered for displaying a gentler tact with the local Indigenous population. But he also embraced the heavy hand of the navy when it suited him. In the spring of 1863, Douglas ordered gunboats to track down several Indigenous murder suspects in the Southern Gulf Islands. When a Hwlitsum village on Penelakut Island refused to give up a resident, the navy opened fire, which the Hwlitsum returned. In the skirmish, a 16-year-old sailor named Charles Gliddon became the only British serviceperson ever killed in action in B.C. The navy considered the battle a defeat. But by the next day, the Hwlitsum had fled, leaving behind a village the navy promptly destroyed.

The British didn't only use gunboats to control the Indigenous population. As American gold miners began flooding B.C. in 1858, drawn by the Fraser Canyon Gold Rush, Douglas feared the United States might attempt to annex the territory. He used gunboats to assert British authority, with two stationed at the mouth of the Fraser River, ensuring prospectors bought mining licences. Still, despite geopolitical tensions, British gunboats also supported Americans in suppressing Indigenous uprisings down south.

The last time the Royal Navy attacked Indigenous people on B.C.’s coast was 1877, after the Nuxalk at Kimsquit, a former village north of Bella Coola, shielded residents accused of murder. In return, their village was shelled.

Today, Canada’s Department of National Defence says gunboats patrolled the West Coast to counter Indigenous piracy and slavery. “By the 1890s, piracy and slavery had been suppressed, to the great satisfaction of most Indians,” reads a historical blurb on the department’s website. British officials also used gunboats to combat the sale of liquor to Indigenous and protect fearful settlers. Effectively, these ships, armed with cannons and rockets, served as a quasi-police force. And by enforcing British rule, they remain a significant but oft-overlooked tool of early British colonization in British Columbia. As historian Daniel Francis writes: “Contrary to what we would like to believe, the success of the colonial project in Canada […] depended on force and violence.”