With its establishment on the Skeena River, British Columbia’s canning industry expands northward 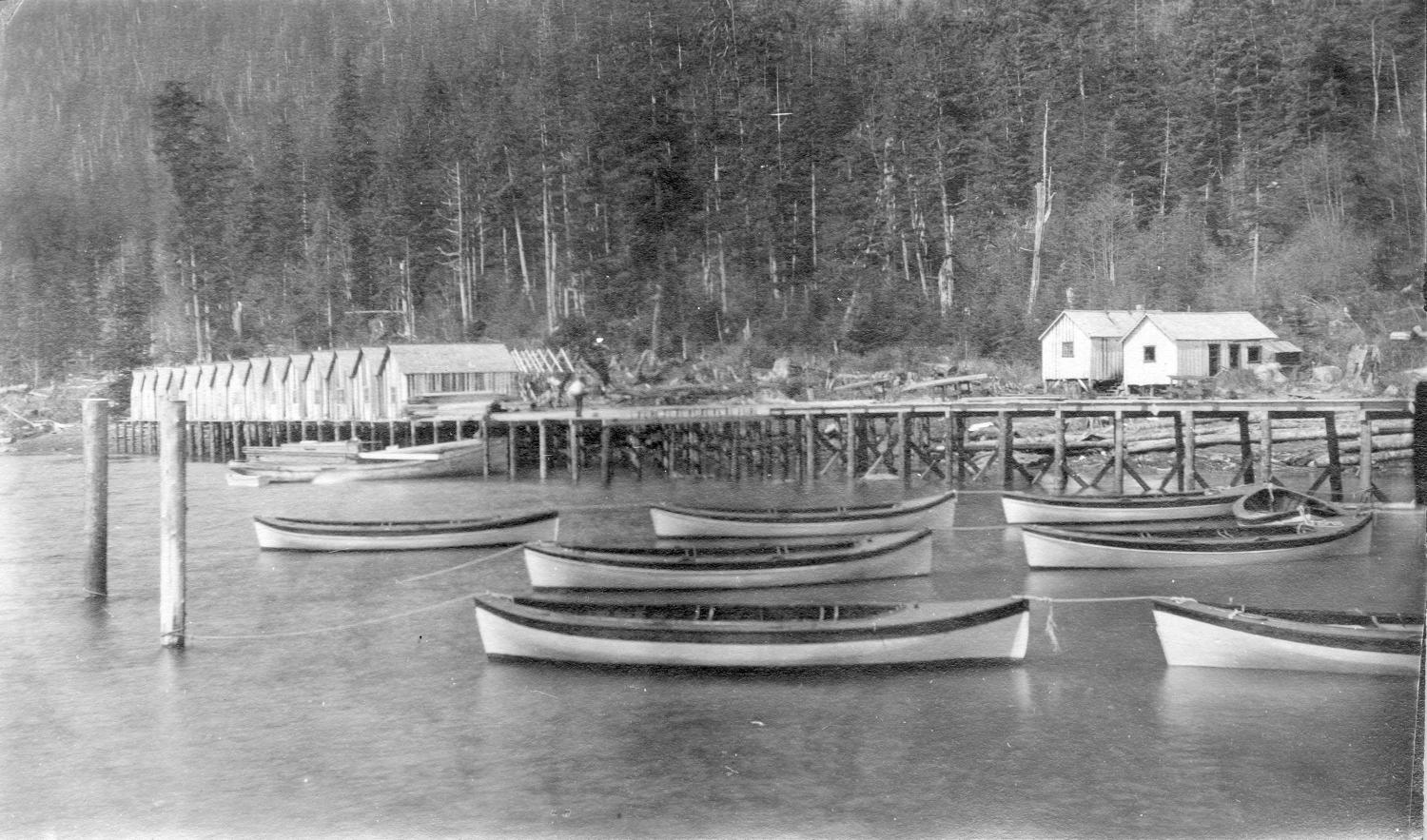 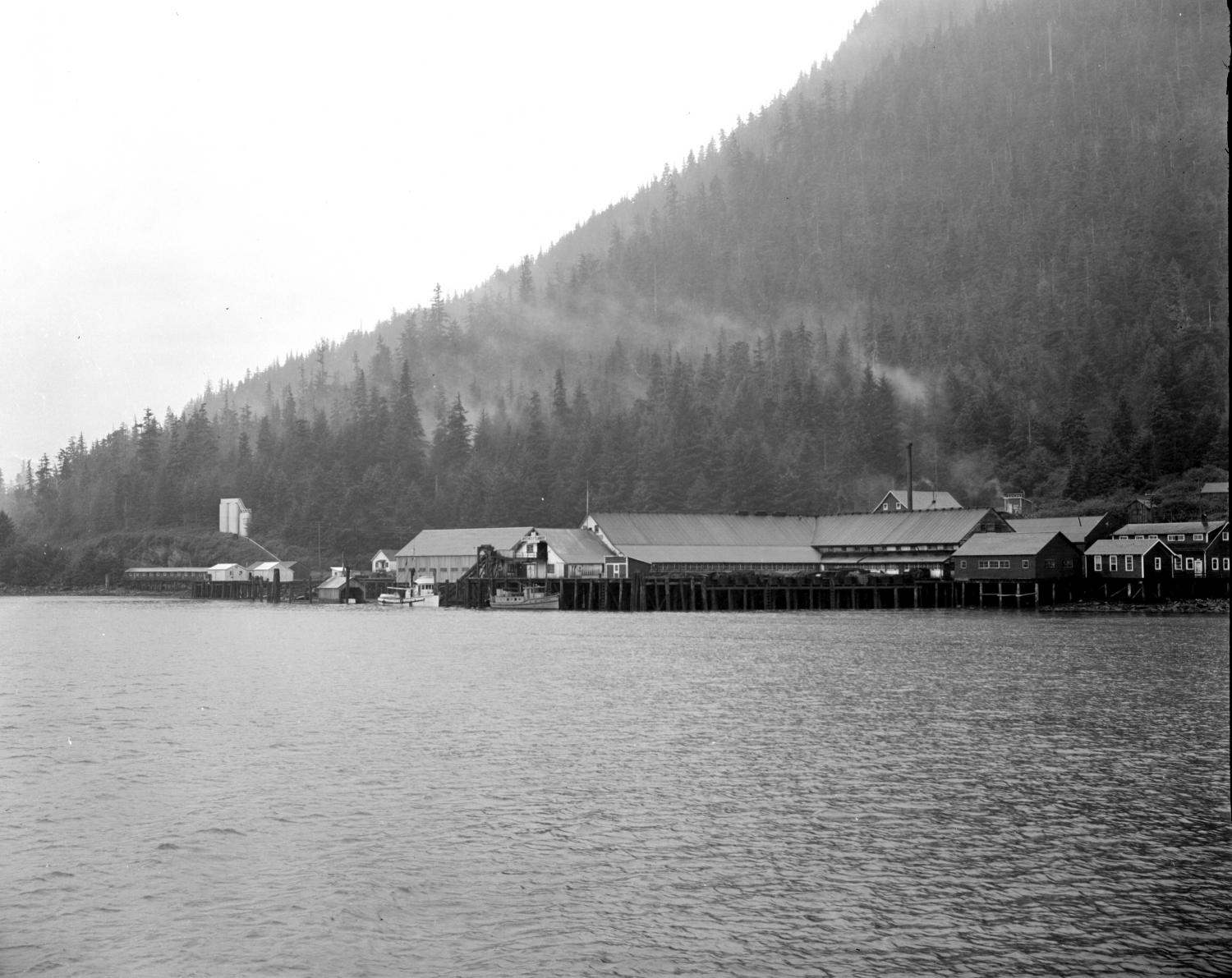 The Inverness Cannery in 1947, three years before it closed. 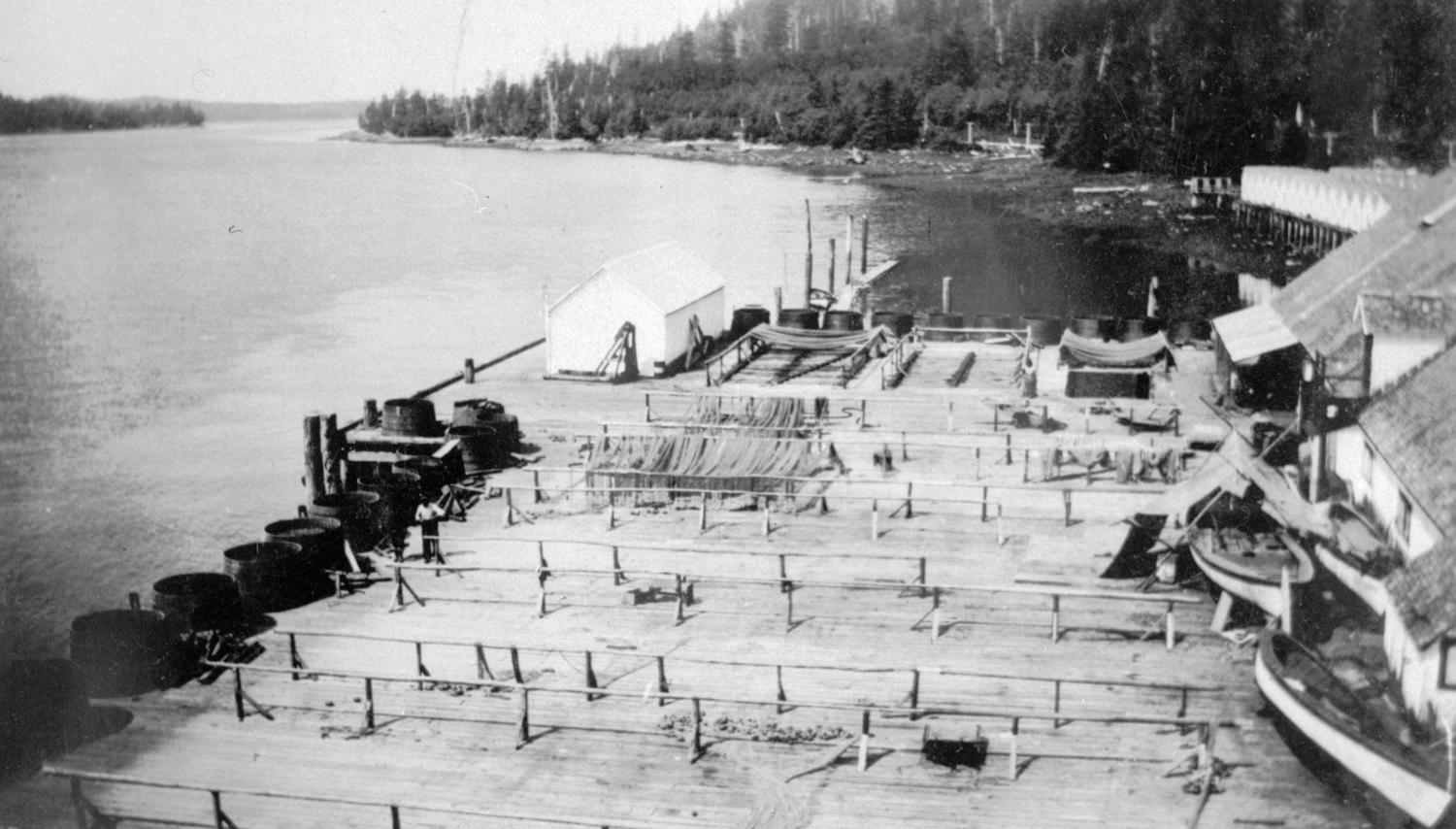 The main working dock of the North Pacific Cannery where boats would unload the fresh catch.

Men repairing fishing nets at the North Pacific Cannery, around 1910

The Inverness Cannery in 1947, three years before it closed.

The main working dock of the North Pacific Cannery where boats would unload the fresh catch.

Men repairing fishing nets at the North Pacific Cannery, around 1910

Charlie Lane had hoped for gold. The San Franciscan ventured north to Canada in the late 1860s, following in the footsteps of thousands of prospectors who had come before him. For half a decade, he spent his time, energy and other peoples’ money trying to strike it rich. His modus operandi: go where gold had previously been found — and dig more.

But he was perhaps a few years too late. As his business partner would later write: “The expedition was a complete failure.”

It was on a return trip to San Francisco in 1875 when Lane made a stop at the Inverness Passage, at the mouth of the Skeena River, in northern British Columbia. The area had long been home to two Indigenous communities: the Gitxsan who lived upriver, and the Tsimshian near the ocean.

At the time, a new fish-canning industry was emerging. Initially, it was concentrated in the Lower Mainland, along the Fraser River. But at the mouth of the Skeena, the second-longest river in the province, the wayward miner witnessed salmon leaping from the surface of the water. He was inspired. The cash-strapped Lane now saw his fortune in the river’s plentiful supply of sockeye. After securing funding from San Francisco, he built the Inverness Cannery in 1876, the first salmon cannery on the Skeena.

The Inverness Cannery was essentially a Tsimshian cannery. Two years after its construction, only a small percentage of employees were non-Indigenous — either white or Chinese. The rest were Tsimshian. And for their work, the Tsimshian made a relatively solid living, though not equal between men and women. In a day, men would make a dollar; women, about 60 cents — or $34.19 and $20.52 in today’s dollars, respectively.

It set a precedent. What emerged in the province’s northern cannery culture was distinct from its southern equivalent, defined by its relationship with the Tsimshian. The Tsimshian, meaning “People of the Skeena,” were experts on the river. They have fished the Skeena for millennia. To take advantage of their knowledge, cannery owners not only paid them to fish but paid for their fishing license. In one case, a cannery even signed an agreement with a Tsimshian village that gave the villagers exclusive rights to fish in their waters. They would not have to compete with non-Indigenous fishermen.

What’s more, the canneries were entrenched in Tsimshian land. In a time before refrigerated boats, a distant cannery meant spoiled fish. Proximity was of utmost importance. “The northern canning industry was quite literally built upon the traditional fisheries of the Ts’mysen (or Tsimshian)," according to anthropologists Charles Menzies and Caroline F. Butler.

Over the years, the Inverness Passage, or Wilałoo, meaning “the Place of Landslides,” became home to more and more canneries, including Dominion, North Pacific, Sunnyside, and Cassiar. The area earned the moniker 'Cannery Row' on the Skeena Slough, reaching a total of 18 at its peak. But over the decades, the northern canning industry slowed before ceasing operations entirely in the mid-1980s. The Inverness Cannery itself closed in 1950, and the building was later destroyed by a fire in 1973.