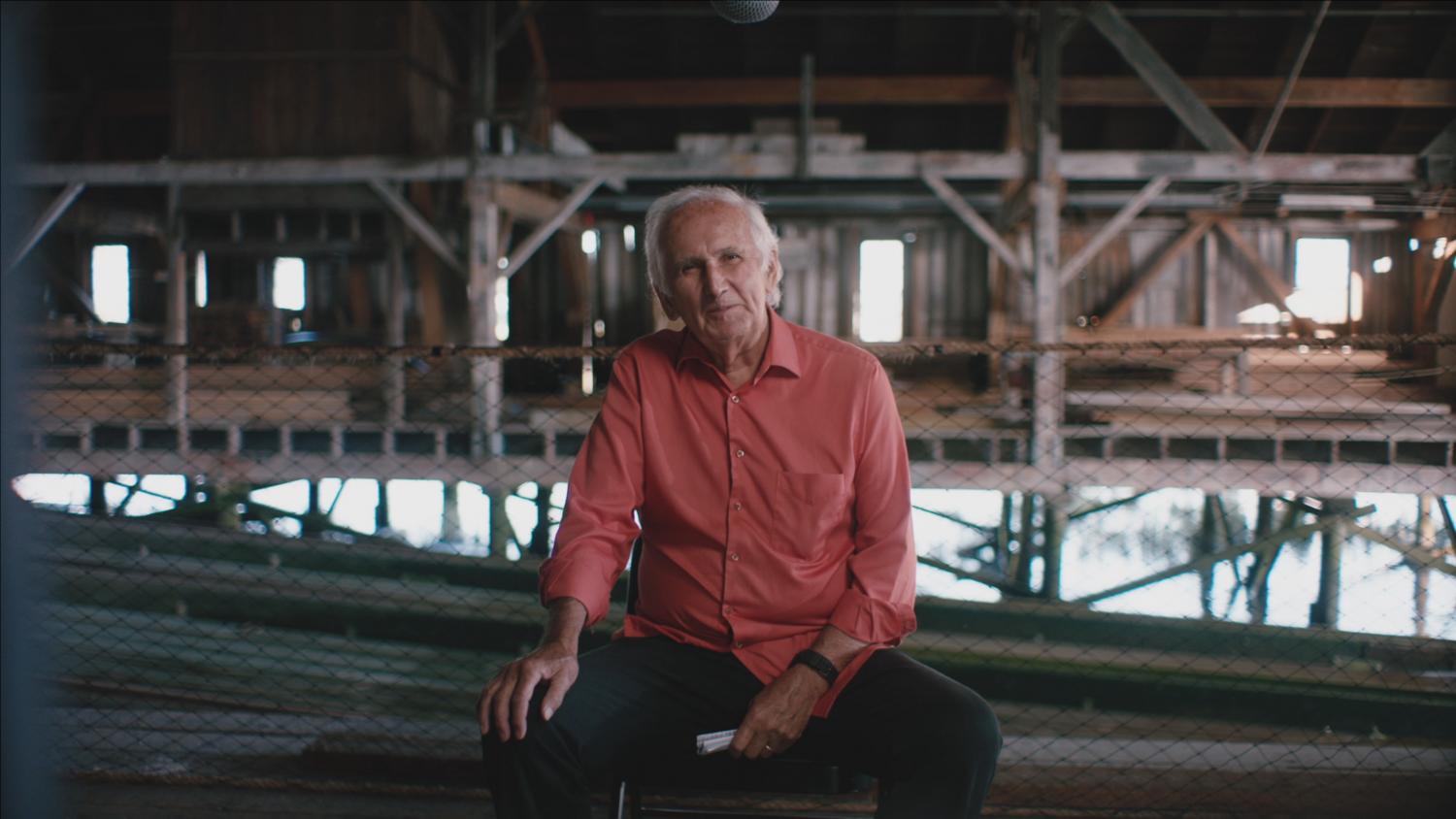 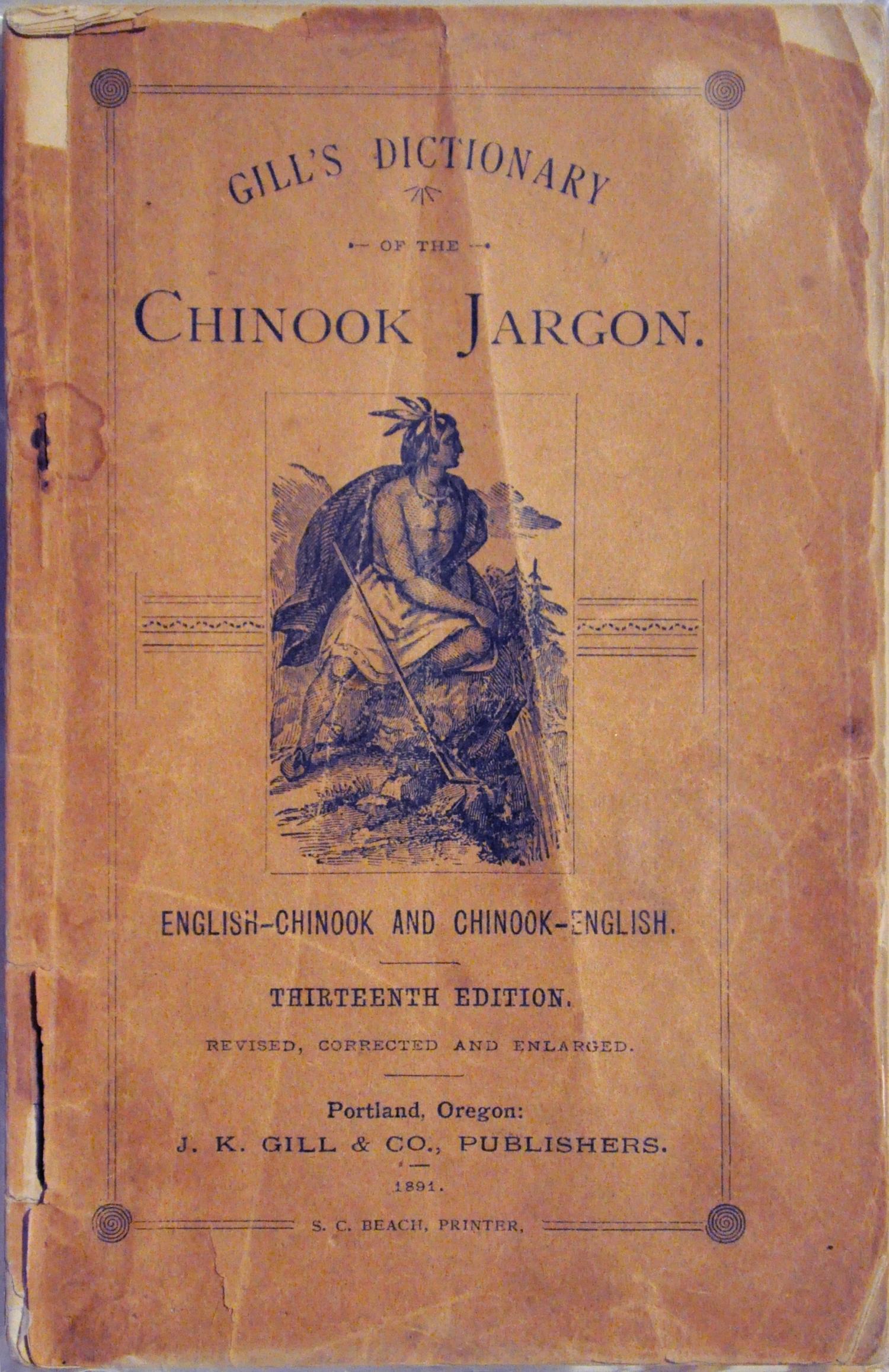 By 1891, Chinook Jargon was used widely across the Pacific Northwest, as evidenced by this dictionary published in Portland, Oregon.

A book made by Le Jeune shows the phonetic alphabet used for Chinook’s shorthand system. 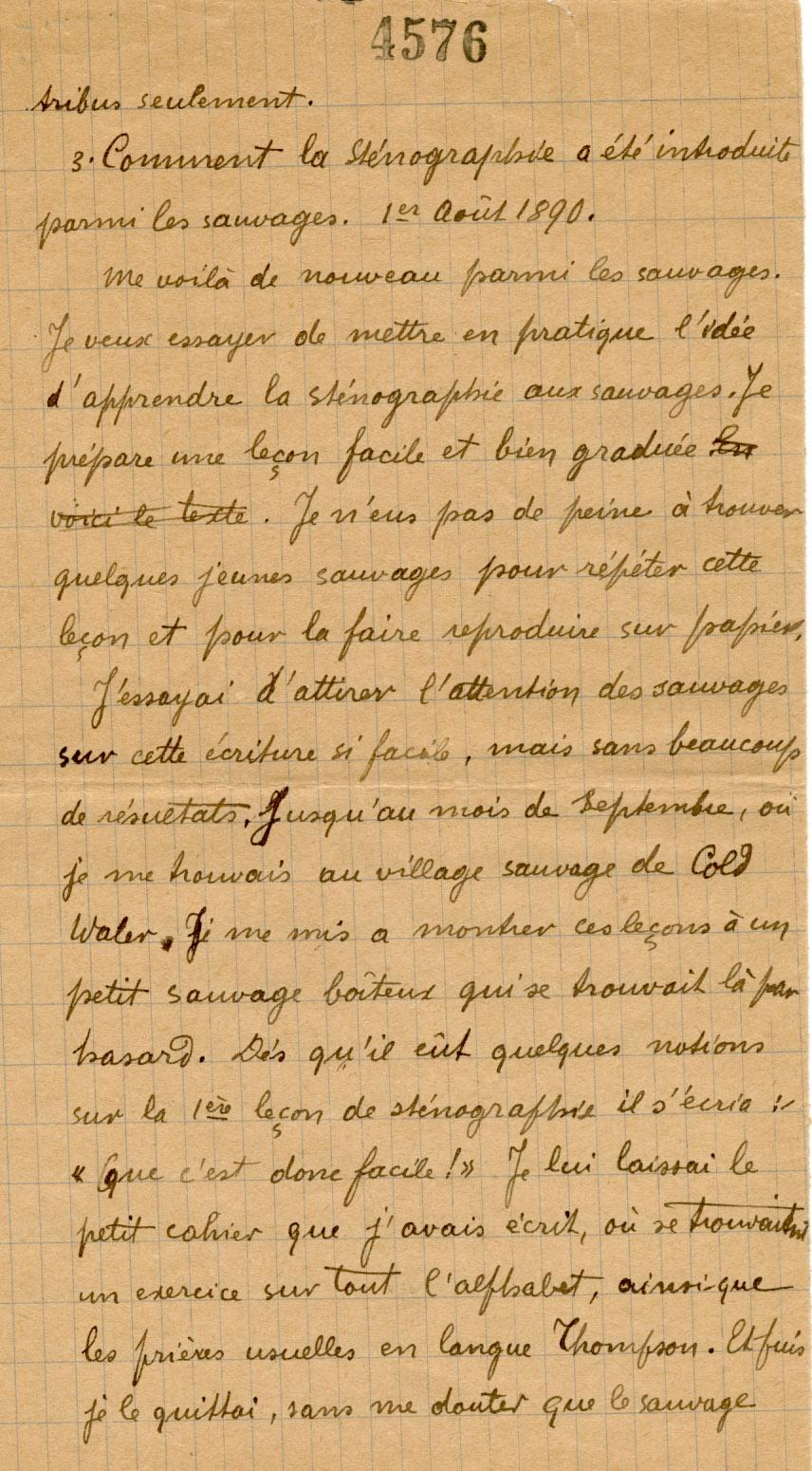 Father Jean-Marie Raphael Le Jeune’s retelling of how he introduced shorthand to the Indigenous people of Kamloops.

Source: "How Shorthand was Introduced among the Indians" by Father Jean-Marie Lejeune (1890). Translated by William J. Pose. Northwest Journal of Linguistics 5.3.1–10 (2011).

By 1891, Chinook Jargon was used widely across the Pacific Northwest, as evidenced by this dictionary published in Portland, Oregon.

A book made by Le Jeune shows the phonetic alphabet used for Chinook’s shorthand system.

Father Jean-Marie Raphael Le Jeune’s retelling of how he introduced shorthand to the Indigenous people of Kamloops.

Source: "How Shorthand was Introduced among the Indians" by Father Jean-Marie Lejeune (1890). Translated by William J. Pose. Northwest Journal of Linguistics 5.3.1–10 (2011).

Before the 19th century, the Pacific Northwest was a linguistic medley. First Nations throughout the region spoke a variety of languages. As such, it wasn’t uncommon for an individual to be multilingual.

But by the late 1800s, the linguistic landscape was changing. There was an increasing European presence in the area. The newly-established province wanted to cement both Canadian and anglophone hegemony. The federal government worked with the church to create residential schools with the express hope of assimilating Indigenous peoples to European language and culture.

Around the same time, a Catholic missionary named Father Jean-Marie Raphael Le Jeune came to B.C. from France. He, too, saw Indigenous literacy as a priority, but he had a far different approach. Le Jeune was familiar with Chinook Jargon, or the trade pidgin that had become the region’s de facto lingua franca. The Jargon’s vocabulary had roots in different Indigenous languages but also incorporated European words thanks to interactions with early fur traders and prospectors. Versed in the principles of shorthand, Le Jeune set about creating a written system for Chinook Jargon that would be easy to learn. What resulted was a looping script that resembled Aramaic, an ancient script from Syria.

It caught on everywhere. Le Jeune taught the writing system, known as Chinuk Pipa, to an Indigenous man named Charley-Alexis Mayoos, who became proficient within a matter of hours. Mayoos then showed the script to his relatives, then to a few members of the Coldwater Indian Band in B.C.’s central Interior. From there, it spread to the Nlakapamux, Okanagan, Secwepemc and Sto:lo communities within a matter of months.

The spread of Chinuk Pipa literacy even outpaced that of English. Its propagation was helped by Le Jeune’s newspaper, the Kamloops Wawa, or “Kamloops Talk.” Established in 1891, the Wawa was published in both English and Chinuk Pipa and billed itself as a way to learn the language quickly.

By 1894, Indigenous communities from across the Interior were regularly using the new system to correspond. Le Jeune had put out roughly 1,300 instructional booklets in Chinook, and he estimated that about 2,000 “Indians in the country… read and write the shorthand that we taught them.” That figure was not insignificant. At the time, the total population of British Columbia — Indigenous and non-Indigenous — was under 100,000. Within only a few years, two per cent of the population was using a completely novel writing system to communicate. Chinook Jargon was used in court testimonies, newspaper advertisements, and everyday conversation. Within a decade, Le Jeune’s system was being taught outside of the Interior and even to those for whom formal education was otherwise financially infeasible.

Considered by some to be the first language of Vancouver, Chinook Jargon was once so useful that those new to B.C. would come prepared “with a winter jacket and a Chinook Wawa dictionary,” according to Jay Powell, an anthropological linguist formerly at the University of British Columbia. But things changed.  As late as the 1960s, pubs would see the occasional lumberjack drunkenly place his beer order in the pidgin. But now Powell is perhaps the last-known speaker of the language.

Chinook Jargon and its script, for all its popularity, faded in the early 1900s. White Canadians were moving en masse to the province while the Chinuk Pipa-literate Indigenous population shrank. But its decade of mass usage had lasting repercussions. By connecting disparate Indigenous communities in the Interior and elsewhere, Chinook Jargon had laid a foundation for pan-Indigenous political action: a spirit of collective action that would be demonstrated in the early 1900s as First Nations increasingly fought for their land and other Aboriginal rights.

5. Nuttall, Jeremy. The Pacific Northwest Once Had a Language All Its Own. One of the Few Words Still in Use Is 'Skookum'. Toronto Star, 9 May 2020, www.thestar.com/news/canada/2020/05/09/the-pacific-northwest-once-had-a-language-all-its-own-one-of-the-few-words-still-in-use-is-skookum.html.