The Founding of Paldi 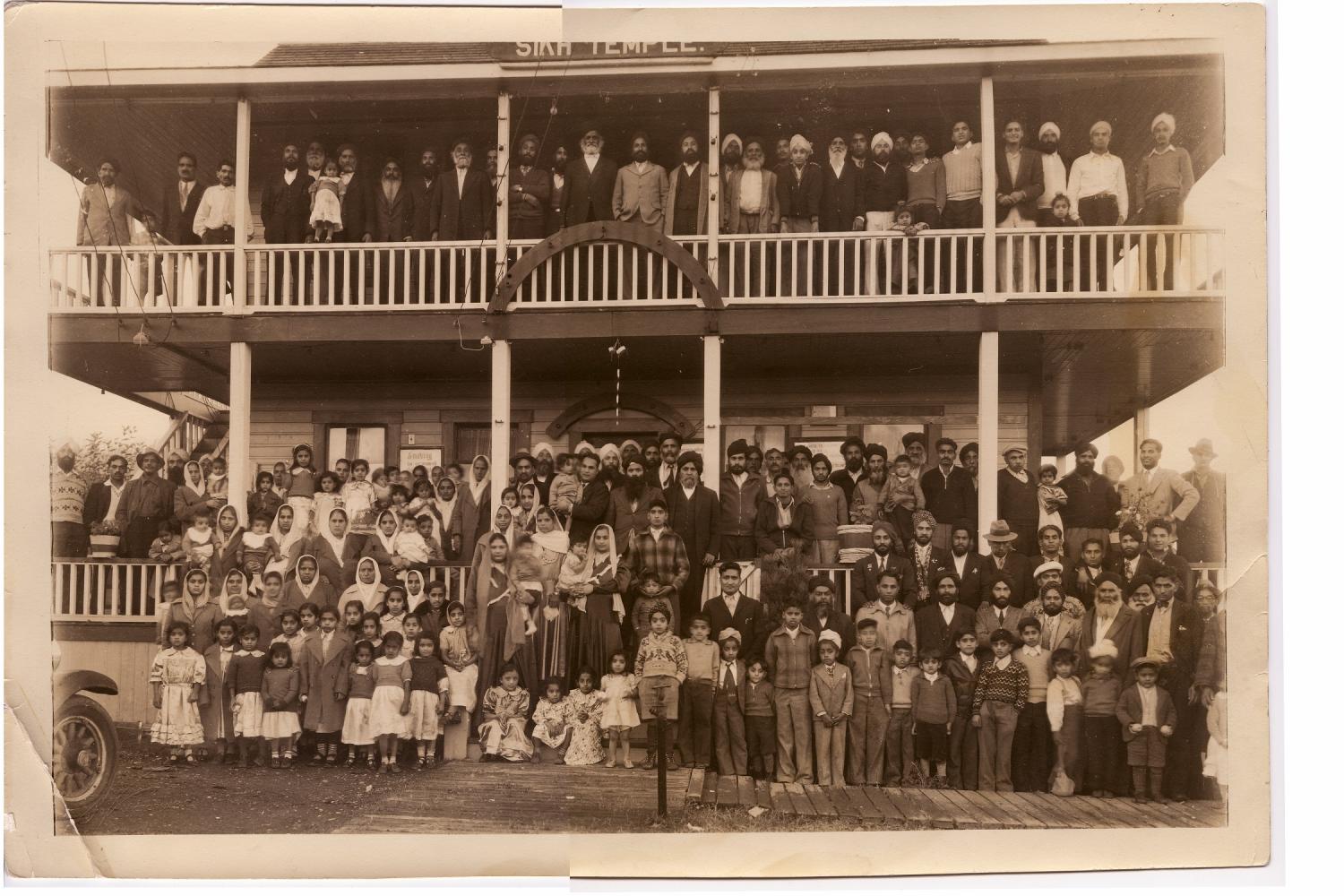 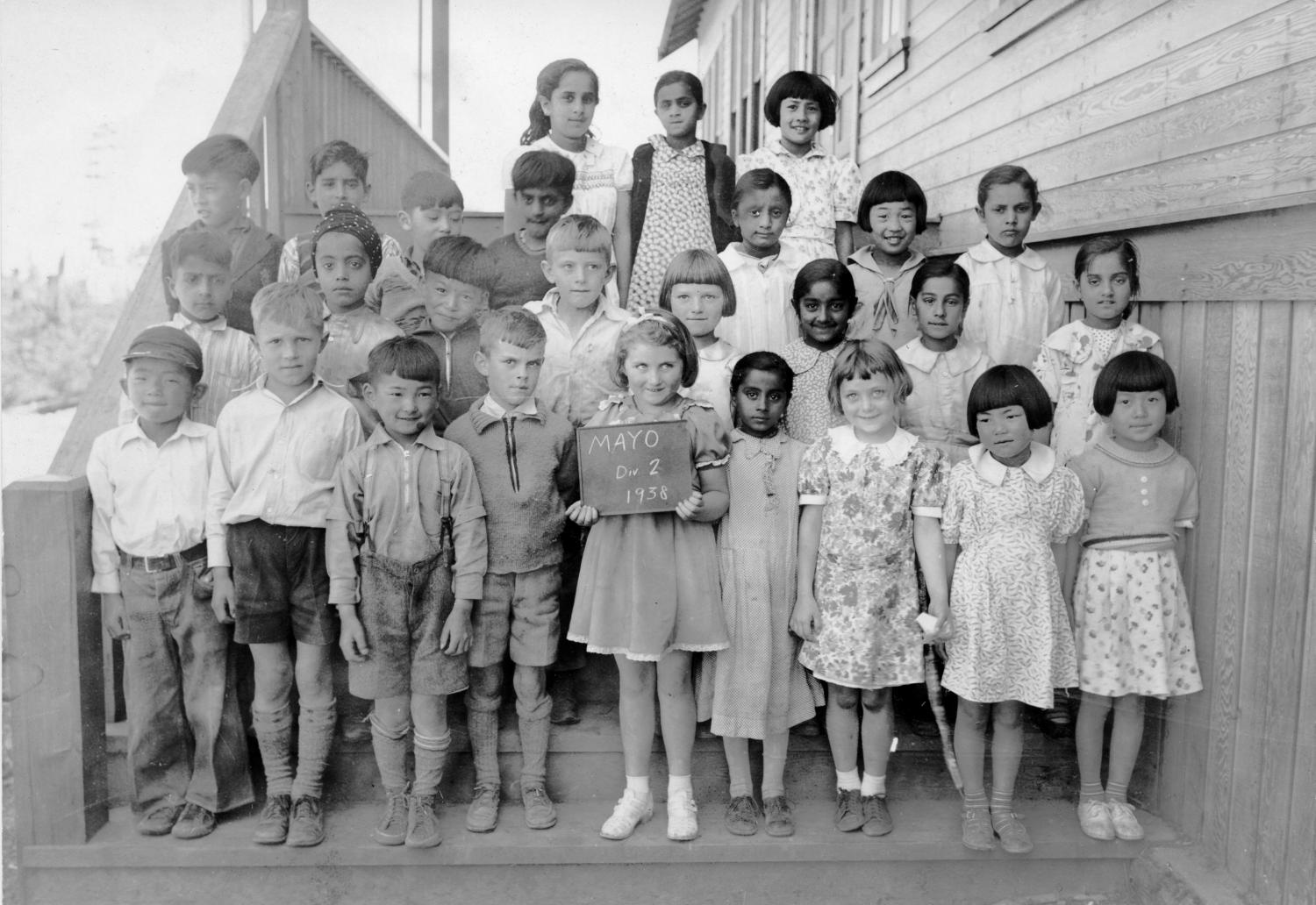 This class photo from 1938 demonstrates Paldi’s diversity. The school later closed in 1969 after many residents had moved away. 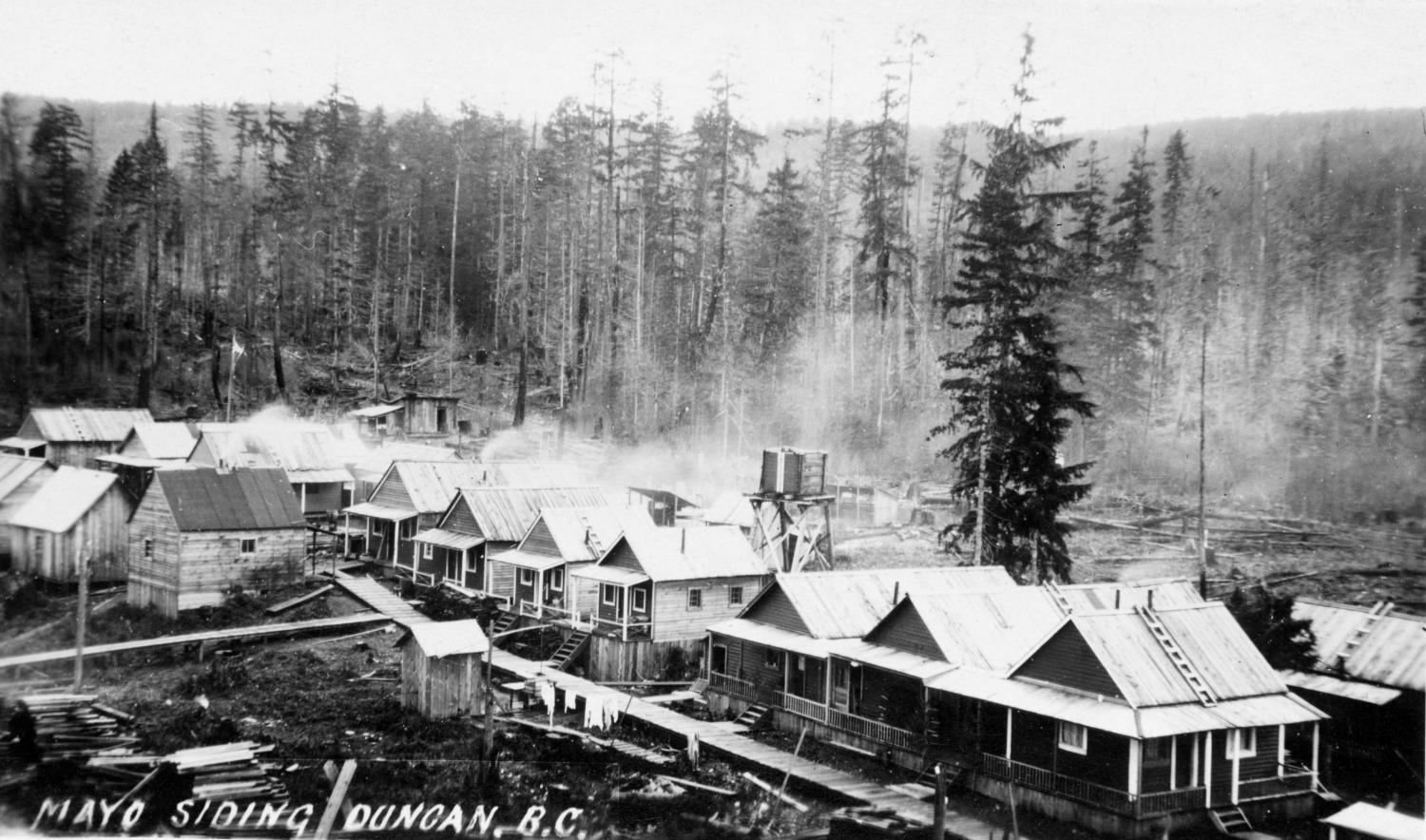 An early photo of Mayo Siding. The town’s first name referenced the Esquimalt & Nanaimo Railway, which it bordered.

This class photo from 1938 demonstrates Paldi’s diversity. The school later closed in 1969 after many residents had moved away.

An early photo of Mayo Siding. The town’s first name referenced the Esquimalt & Nanaimo Railway, which it bordered.

Mayo Singh Manhas’s story begins in a village named Paldi in India. It ends more than 10,000 kilometres away in Paldi, British Columbia.
In 1906, one year before Canada disenfranchised South Asians, a17-year-old Mayo travelled from India’s East Punjab region to North America to join his brother and cousin in B.C. Like many Indian immigrants to the Pacific Northwest, Mayo found work in sawmills. But he wasn’t satisfied at the bottom of the ladder. When the mill he was working at near Chilliwack went bankrupt in 1912, an entrepreneurial Mayo took over and ran the operation alongside several other Punjabi men who lived in his bunkhouse, each an equal shareholder.

A few years later, Mayo went searching for a location to build a new mill. He chose a plot of land in the Cowichan Valley on Vancouver Island, near Duncan, because of its proximity to the new Esquimalt & Nanaimo Rail line, a nearby creek and a seemingly endless supply of timber. By 1917, the Mayo Brothers Timber Company, later renamed the Mayo Lumber Company, was in full swing.

Amid rising hostility towards Asian immigrants, a unique settlement grew up around the new mill. Japanese men who had worked with Mayo on the mainland joined him in his new venture, their families in tow. Chinese and European families soon settled there, too, along with plenty of Punjabi newcomers who saw the fledgling village as a refuge from the bigotry they faced elsewhere in Canada. In 1919, Mayo built a Sikh temple, or a gurdwara. Then came a school, a company store, a post office, and a Japanese temple, which also functioned as a community hall. In 1936, the village, first known as Mayo, officially became Paldi, an ode to its founder’s home.

Soon, Paldi grew to 1,500 people, many speaking a unique dialect of English that reflected the town’s broad diversity. Residents later described life there as idyllic. “In those days when the mill was running, there were so many families. It was a wonderful place to be,” recounted Dharm Singh Parma, one of Mayo’s relatives. Lum Buck Chew, a former Chinese resident, remained struck by the community many years later. “Everyone was good to me. The East Indians, the whites and even the Japanese. I never had trouble with anyone while living in Paldi.”

But the town didn’t last. In the early 1940s, Paldi lost its vibrant Japanese community — then numbered at just over 100 — when the federal government uprooted Japanese people from the West Coast, forcing thousands into internment camps during the Second World War. Only a few families returned after the war. But by then, the mill had closed, and many residents had moved away. In 1955, Mayo — who had become a beloved philanthropist known as the “Cowichan Lumber King” — passed away. His mills fell quiet in honour of his death. Soon after, the company built a new operation in Nanaimo, and more Paldi residents trickled out. A few years later, the school closed. Paldi then became a haven for travelling hippies seeking a quiet life in the country. Eventually, it became a ghost town.

Though nobody lives in Paldi now, the Sikh temple remains the last building still standing. In 2019, former residents flew from all over the world to celebrate the temple’s 100th anniversary. The town may be gone, but the impression it left on those who once called it home lives on.

1. Barman, Jean. The West beyond the West: a History of British Columbia. University of Toronto Press, 2007.

4. History of South Asians in Canada: Timeline. South Asian Studies Institute at the University of the Fraser Valley, www.southasiancanadianheritage.ca/history-of-south-asians-in-canada/.