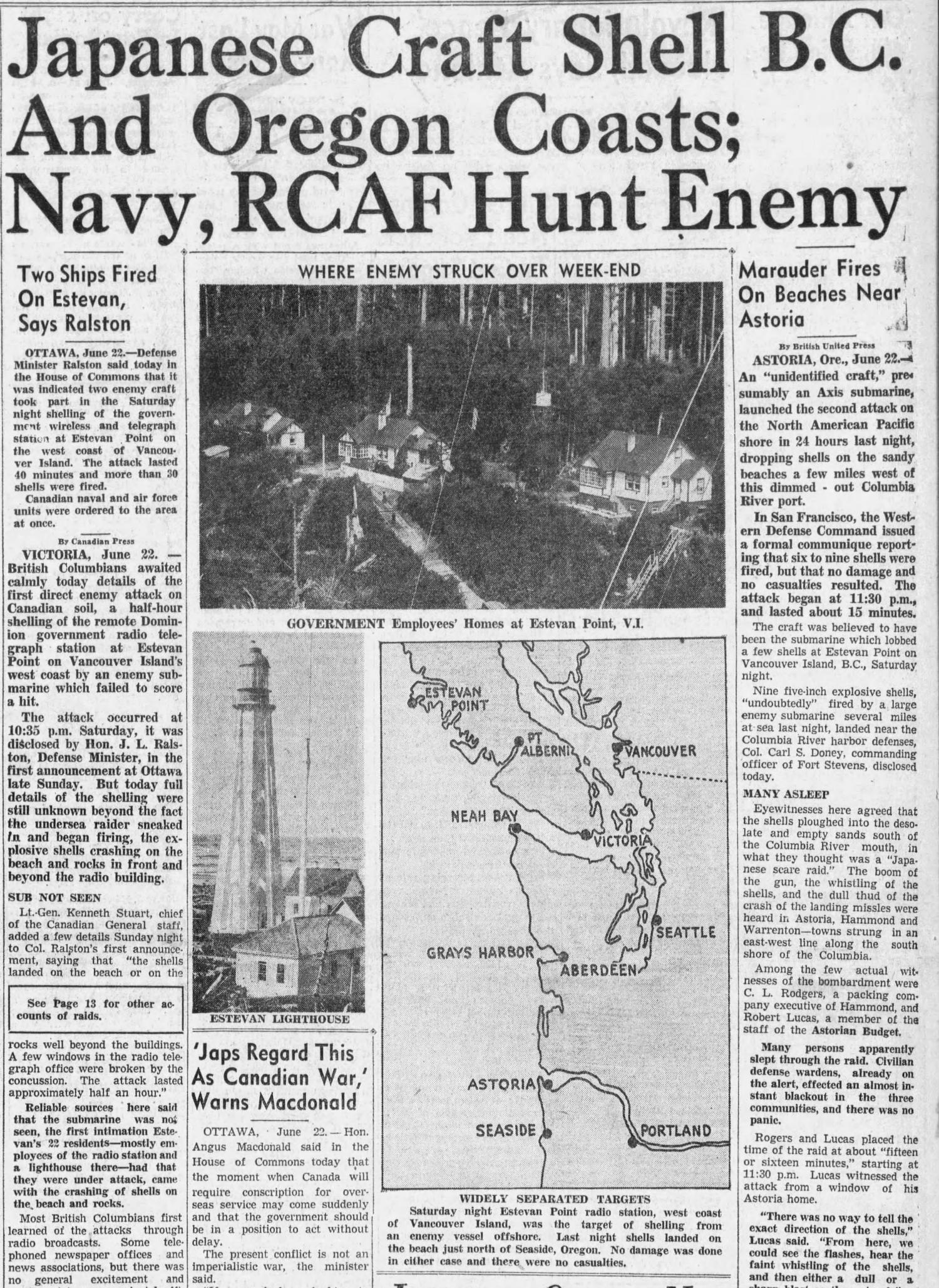 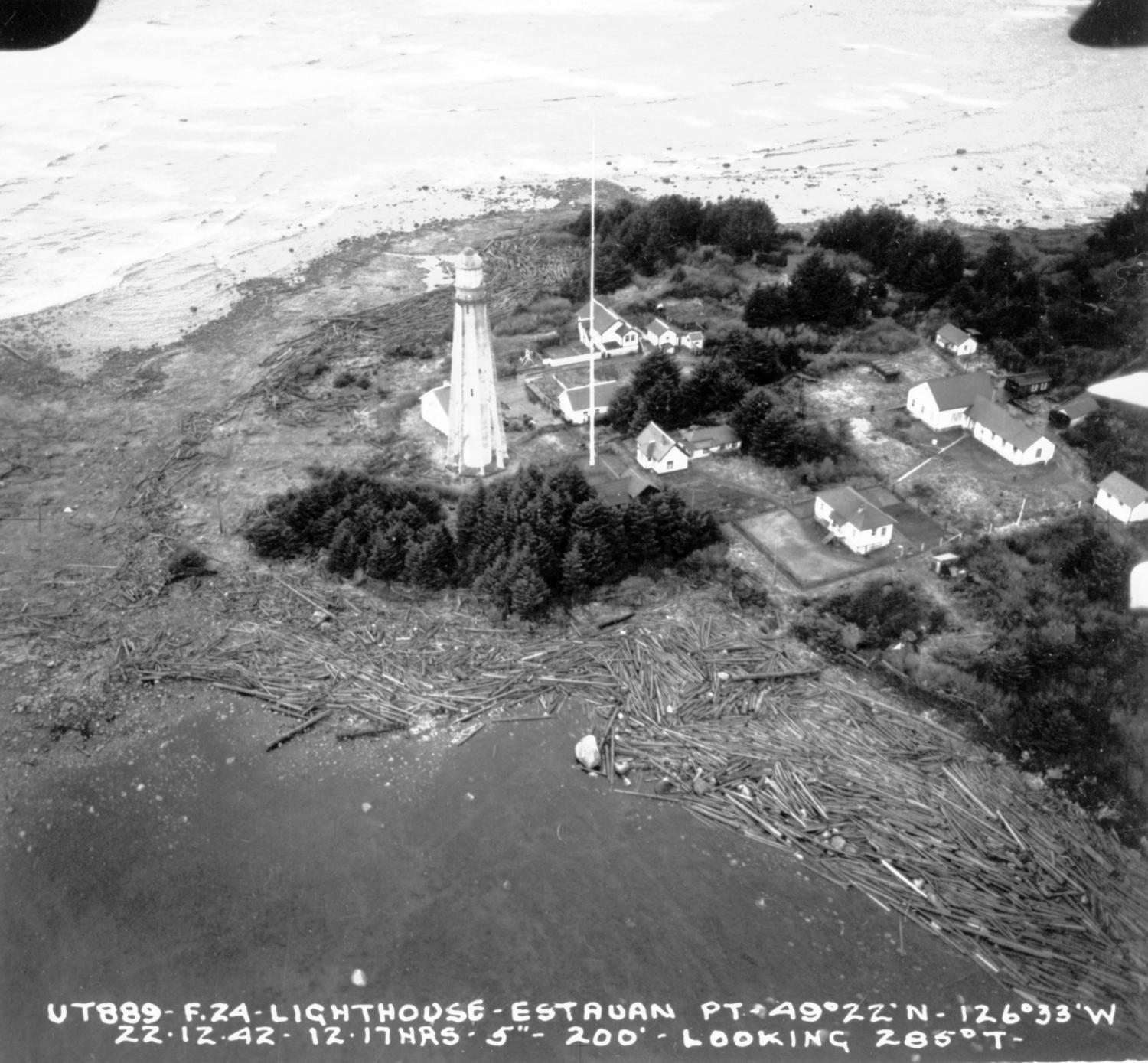 An aerial view of the Estevan Point Lighthouse and wireless station. 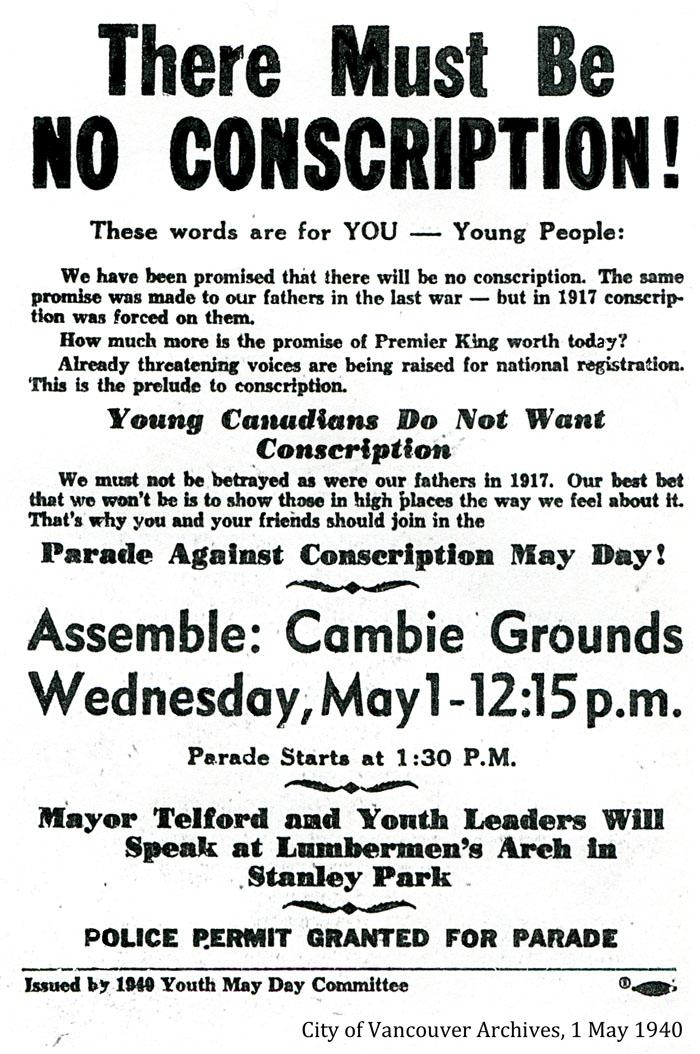 From the beginning of the war, Canadian sentiment was mixed.

An aerial view of the Estevan Point Lighthouse and wireless station.

From the beginning of the war, Canadian sentiment was mixed.

In the early hours of Dec. 7, 1941, bombs rained down on the American military base at Pearl Harbor in Hawaii. Japan had entered the Second World War with a surprise attack that killed more than 2,000 Americans.

On June 20, 1942, a Japanese submarine that had been stationed off Seattle was on its way back to the Aleutian Islands of Kiska and Attu, which Japan had occupied for the previous two weeks. As the submarine passed the Hesquiat Peninsula on the west coast of Vancouver Island, it shelled a wireless station and lighthouse at Estevan Point. It was a fruitless attack. Nobody was hurt, nor any damage to the lighthouse sustained. However, it was the first time that enemy militants fired upon Canadian soil since the War of 1812.

At least, that’s the official account. But it’s a narrative that some have called into question.

In 1995, the CBC aired a report that highlighted a peculiar inconsistency between the official story and eyewitness accounts. On the day of the attack, Estevan Point lightkeeper Robert M. Lally wrote in his notes that the shelling came from a warship, not a submarine. This observation was echoed by two others who were nearby. So, why the discrepancy?

Donald Graham, a light keeper and West Coast maritime historian, posited that the government’s account was a false flag planted by Prime Minister William Lyon Mackenzie King and the Americans to drum up Canadian support for a politically odious wartime measure.

Before Canada had entered the war in 1939, Prime Minister Mackenzie King had issued a promise: there would be no conscription. But the course of the war had run south for the Allies, and there was now mounting pressure for the Dominion to up its commitment to the effort. In April 1942, Mackenzie King put forth a plebiscite asking to be released from his earlier promise. It passed but still threatened to tear the country apart. Voters in Quebec — who had always been opposed to conscription — now voted against the referendum in large numbers. While 64 per cent of Canadians had voted in favour of conscription, 73 per cent of Quebeckers opposed it.

“It seemed to me,” the prime minister himself would write the day after the shelling, “that these events could not but have their effect on Canadian feeling with regards to conscripting men to be sent overseas.”

Graham, who died in 2003, maintained his whole life that the attack must have been a government conspiracy. But in recent years, this theory has been thoroughly debunked by Japanese naval records that noted the event, as well as Japanese shells unearthed near the site of the attack. Nevertheless, it remains a tantalizing hypothetical for some.