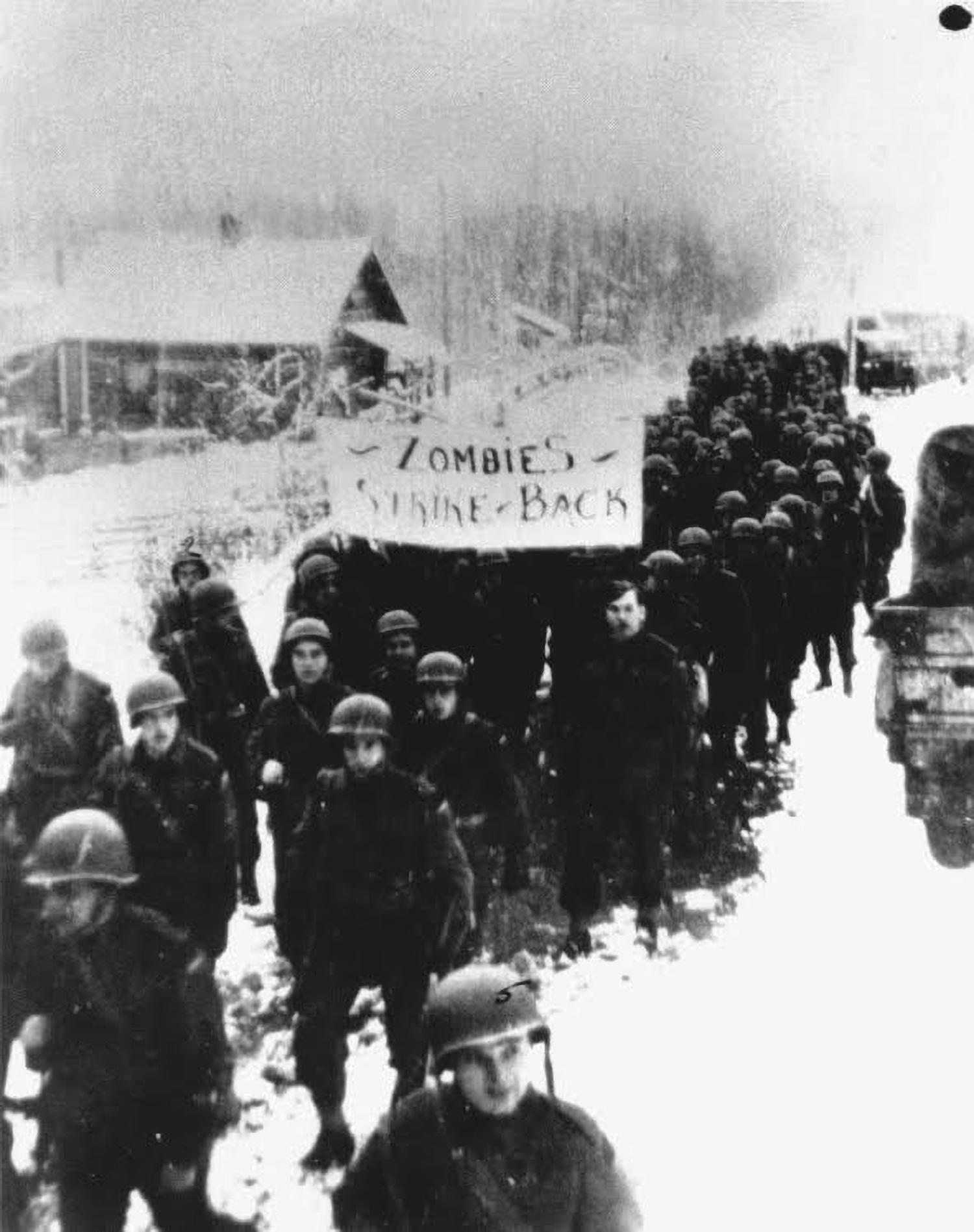 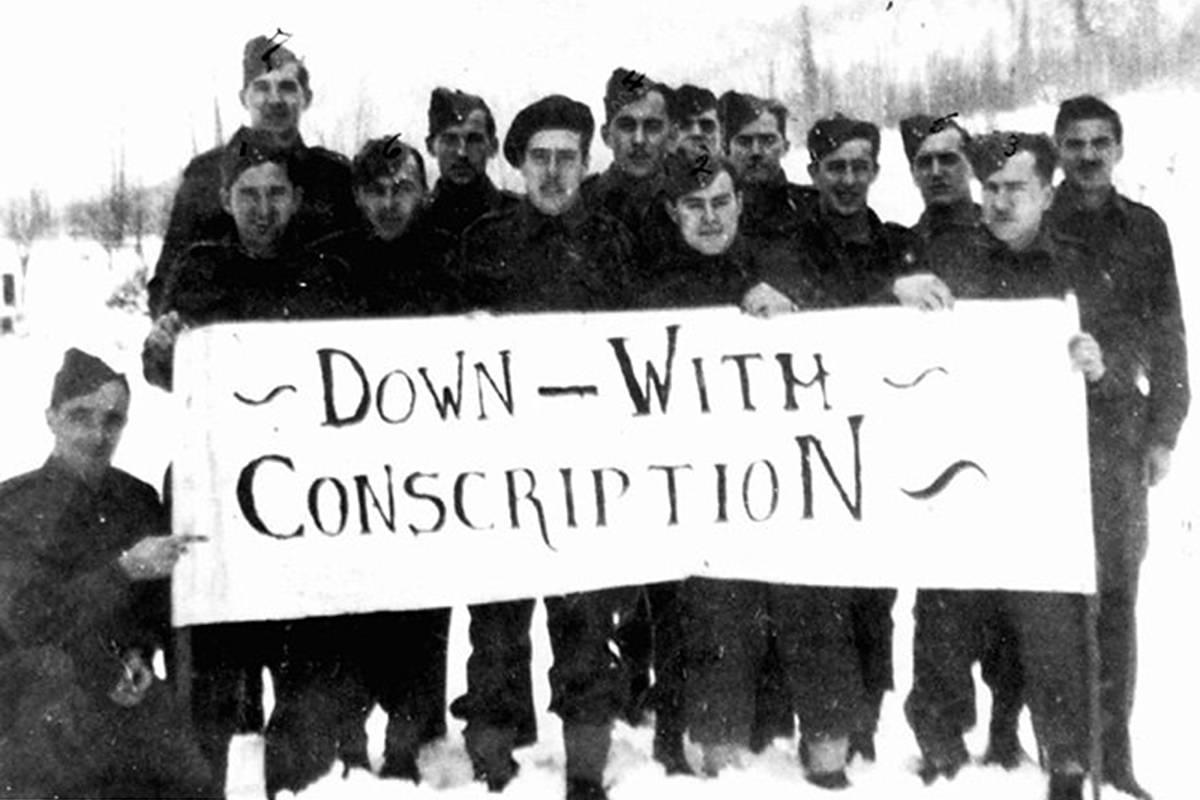 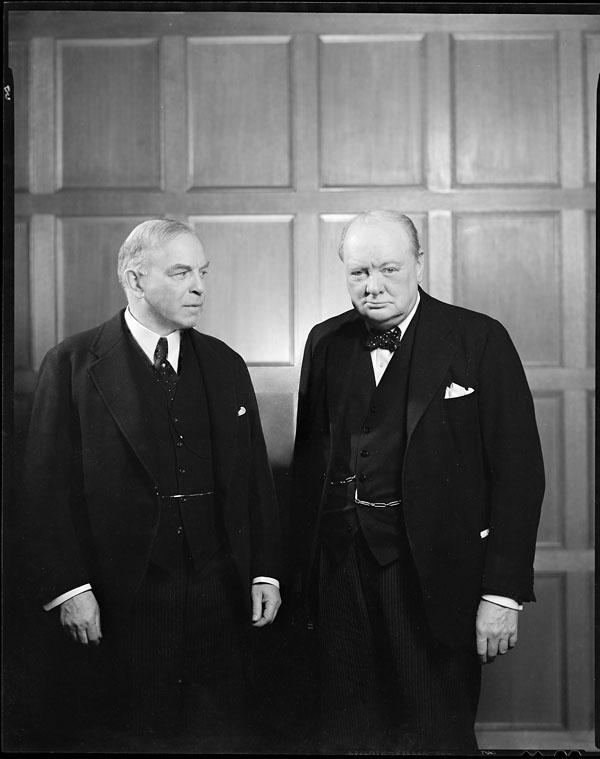 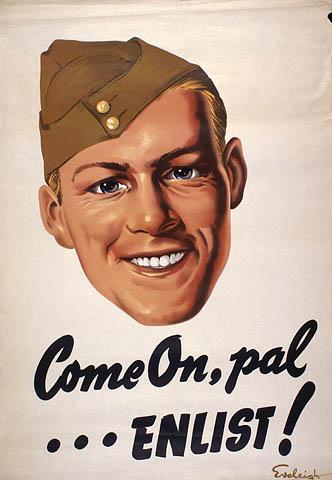 A 1942 poster encouraging Canadian men to enlist in the fight overseas.

A 1942 poster encouraging Canadian men to enlist in the fight overseas.

Canada entered the Second World War on a promise from Prime Minister William Lyon Mackenzie King not to implement a draft. But the tides of war quickly turned against Allied forces. By the spring of 1940, Germany had kicked British forces out of continental Europe, France had fallen, and the United States remained on the sidelines.

These dire circumstances, and a push from English-speaking Canada to take a more assertive role in the war, led to the National Resources Mobilization Act (NRMA), passed in June 1940. While the new law didn’t force men to fight abroad, the government could now call up Canadians to defend the home front. Over the next few years, more than 150,000 served as NRMA conscripts. About 60,000 volunteered to fight overseas — those who didn’t were pejoratively labelled “zombies.”

As the war pressed on, the draft debate didn’t go away. After most Canadians voted in favour of conscription in a 1942 plebiscite, parliament repealed sections of the NRMA that prohibited service overseas. Still, the prime minister resisted forcing Canadians into combat. “Not necessarily conscription,” King explained at the time, “but conscription if necessary.”

Fast forward to the fall of 1944. After nearly 19,000 Canadians were killed or maimed in the Battle of Normandy, military leaders warned that Canada's overseas infantry faced a severe shortage of men. A push for NRMA conscripts to enlist to fight on the frontlines was falling short, and political pressure to enact a general draft had only grown. In November, King finally relented. The prime minister announced plans to send 16,000 “zombies” overseas, starting the following month. Protests erupted throughout British Columbia.

On Nov. 24, 1944, with most of their senior commanders away at a conference in Vancouver, NRMA troops stationed in Terrace, a small town on the Skeena River in northern B.C., initiated Canada’s only wartime mutiny. For nearly a week, a rowdy pack of roughly 1,500 soldiers ignored orders and marched through the streets holding banners that read “Down With Conscription” and “Zombies Strike Back.”

Though some troops broke into a cache of weapons, no significant violence took place, and the mutiny ended quietly. By Nov. 30, the army had transported most of the rebellious soldiers out of Terrace. Worried the mutiny could inspire other revolts, authorities successfully prevented word from getting out, leaving a significant moment in Canadian history largely lost to obscurity. In the end, about 13,000 NRMA conscripts were sent overseas, but only 2,463 actually reached the frontlines before the war ended. Sixty-nine never came home.