Two marginalized communities find solidarity in one another Larry Grant, right, and his younger brother Howard on their father’s farm, circa 1949.

An aerial of the Lin On Farm, where Hong Tim Hing worked and met Agnes Grant.

Chinese produce delivery drivers stand outside of Standard Produce in downtown Vancouver in 1926. 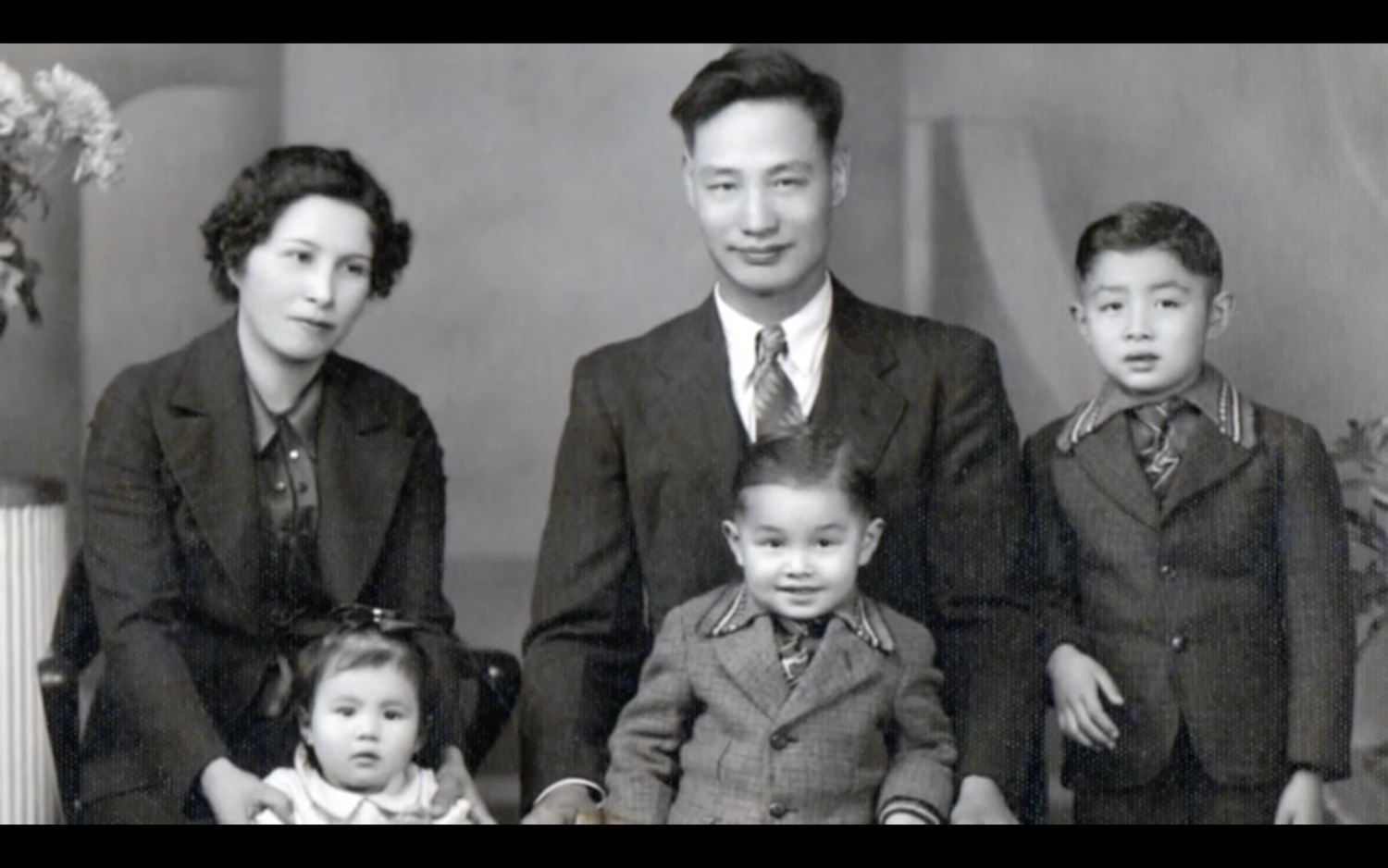 A family portrait of the Grants.

The village of Sei Moon in Guangdong, China, where Larry Grant’s father was from.

Larry Grant, right, and his younger brother Howard on their father’s farm, circa 1949.

An aerial of the Lin On Farm, where Hong Tim Hing worked and met Agnes Grant.

Chinese produce delivery drivers stand outside of Standard Produce in downtown Vancouver in 1926.

A family portrait of the Grants.

The village of Sei Moon in Guangdong, China, where Larry Grant’s father was from.

By the early 1900s, Vancouver was fast becoming the economic and cultural capital of British Columbia. The young city sat on the traditional lands of several First Nations, including the Musqueam, who had been living in the area for thousands of years. The Musqueam’s population, though, had been decimated by smallpox, measles and tuberculosis — and by 1900, band membership had hit an all-time low of 92.

The federal government had squeezed the nation onto a small reserve along the mouth of the Fraser River. The Department of Indian Affairs (DIA) kept close tabs on their “wards,” tracking the Musqueam people’s movements and not letting them stray too far from the reserve. In one case, a Musqueam family who took an extended trip to the Fraser Valley were forced to return early, threatened with loss of band membership. Faced with several restrictions, the Musqueam were cut off from the rest of the city — socially, geographically, economically — their presence effectively erased.

Indigenous people were not the only targets of oppressive Canadian policy at the time. In 1885, the country began charging a $50 fee on immigrants arriving from China. That figure would increase to $500 by 1903, equal to about two years’ salary at the time. Upon arrival, the Chinese newcomers were met with a bevy of additional discriminatory policies and practices. Among other restrictions, they could not vote, practice medicine, nor could they purchase Crown land — a provision that was particularly thorny for many newly-arrived farmers.

These two disparate groups — one with a background in agriculture and yet no land, and the other with land, but cut off from the rest of the city — found one another. In 1909, the DIA agreed to let the Musqueam lease their reserve territory to Chinese farmers, with the DIA financially benefiting as the middleman. By 1917, at least 18 Musqueam-Chinese leases existed, covering 26 acres of land.

Before long, lush gardens stretched across the Musqueam’s reserve. Rows of celery and cabbage sat next to crops of bok choy, su choy and gai lan. “Here were these farmers working there, toiling every day, planting vegetables to be sold, and everything was in straight lines,” recalled Musqueam Elder Larry Grant. “They were all guys, there were no women, and they all spoke Cantonese.” With their freedom of movement, the farmers were able to deliver their produce to stores and households in nearby neighbourhoods like Dunbar and Kerrisdale. Some even set up their own storefronts. While the DIA took most of the lease money, the Musqueam also benefited by selling wood to the farmers and offering their services to weed and hoe.

These relationships soon transcended simple transactions. While non-Musqueam people were technically prohibited from living on reserve land without DIA permission, many did so anyway, lodging in bunkhouses. Some farmers were invited to the First Nation’s cultural ceremonies and celebrations. Others married into the Musqueam community. In 1920, for instance, a farmer named Hong Tim Hing left his village of Sei Moon in Guangdong, China and found work on the farm of a Musqueam man named Seymour Grant. While working in the fields, he first saw Seymour’s daughter, Agnes. The two would later wed and have four children — including the aforementioned Larry Grant.

The Chinese-Musqueam partnership lasted for decades — until the federal government had other plans. In the 1970s, developers approached the Musqueam, wanting to build a golf course: an offer the community thought they couldn’t refuse. But fond memories remain. “Sure, mom and dad grew vegetables, but we shared the vegetables with the local people,” Edmond Leong, who grew up on the reserve in the 1950s and 1960s, remembered. “We hired them as labourers on the farm. My father did. I remember those days that we played with them out in the field.”